Jazz at the Movies: The Modern Jazz Quartet (Documentary)

George Schuller’s new film, “Modern Jazz Quartet: From Residency to Legacy” will be screened at PCM on April 30th with a director Q&A after.

The Modern Jazz Quartet: From Residency to Legacy (2018)

A documentary film by George Schuller

The Portland Conservatory of Music and WMPG present this screening as part of the WMPG series “Jazz at the Movies.”

Formed in 1952, The Modern Jazz Quartet pushed the boundaries of jazz and classical music at a time when the genre, like the country itself, was in the throes of change. An epicenter of this evolution was The Music Inn, a musical oasis nestled in the Berkshire Mountains. Featuring Percy Heath, John Lewis, Dave Brubeck, Ornette Coleman, Jim Hall, Herb Pomeroy, Gunther Schuller, Stephanie Barber and others, this fascinating collection of remembrances and anecdotes highlights The Modern Jazz Quartet’s role in developing The Music Inn’s iconic School of Jazz during the mid to late 50s.

“George Schuller’s valentine to the Modern Jazz Quartet is one of the most entertaining jazz films—make that music films—ever made, from its unexpectedly surreal opening to Percy Heath’s final remarks. The music is sublime, the talking heads (RIP) are charming, and the story is by turns dramatic, funny, and inspiring. A must see.” — Gary Giddins, Author, Jazz and Film Critic 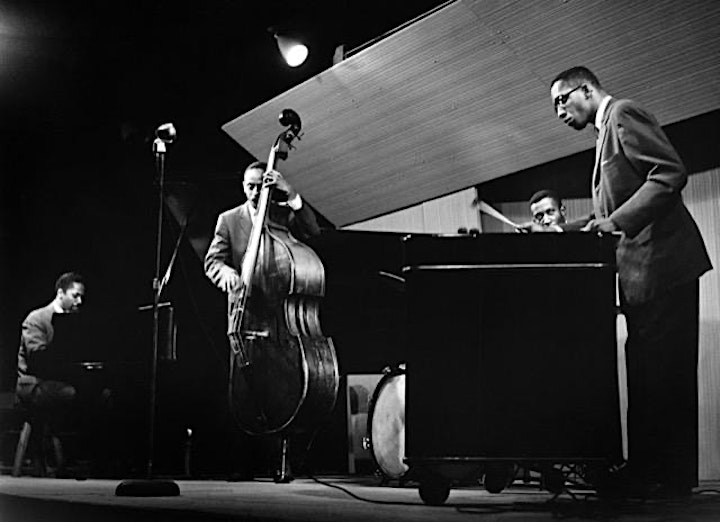 The following dialogue is from an interview with George Schuller done by JazzBoston President Pauline Bilsky.

PB: When did you begin to think about making “Modern Jazz Quartet: From Residency to Legacy”? Did your original concept change much as the project progressed?

GS: The genesis of the film goes back to 2003, when I offered to help a small independent film crew (under the direction of Ben Barenholtz) for a documentary about The Music Inn, a musical oasis in the Berkshires founded by a visionary couple from New York during the 50s, a heady time for politics – it was the McCarthy era – civil rights, and music. Changes were happening not only in the jazz world but also in other areas of music from other parts of the world. A grassroots effort from scholars, critics, and musicians alike to investigate the connections between all these different strands of music had begun to take hold at Music Inn. Jazz was finally being recognized for its deep contribution to America’s evolving culture and Music Inn was its centerpiece.

The idea behind The School of Jazz grew out of all those investigations and discussions at Music Inn. It was actually a jazz camp, one of the first, if not the first, of its type, and over time, it became the template for all summer jazz camps that followed.

John Lewis ran the school. He brought in the other members of the Modern Jazz Quartet (Milt Jackson, Percy Heath and Connie Kay) as performers at the Inn, and then brought them onto the faculty. To round out the faculty, Lewis hired Dizzy Gillespie, Oscar Peterson, Ray Brown, Jimmy Giuffre, Kenny Dorham, Bill Evans, George Russell, Herb Pomeroy and several other prominent jazz masters of that time. Some of the students who became legends in their own right included, among others, Bob Dorough, Steve Kuhn, Dave Baker, Larry Ridley, Ran Blake, Perry Robinson, JR Monterose, Attila Zoller, Don Cherry, and Ornette Coleman, who really shook up the school; some were amazed by him, others felt threatened.

Students were able to have a one-on-one relationship with great masters of jazz. These were not seasoned teachers; they were all working musicians. It was almost like an experiment. It was the infancy of jazz education in America.

One of my many roles with “The Music Inn” crew was to interview all the living faculty members and former students of the School of Jazz, which I did between 2003 and 2006. Over the years since, I’ve screened the film at various film festivals and universities, but due to clearance issues, that film has yet to be released.

In February 2018, a former student of the Music Inn’s School of Jazz invited me to screen “The Music Inn” at a symposium about the MJQ being presented at the University of the South, Sewanee, Tennessee. Initially, I thought that screening the Music Inn film would be sufficient to represent some aspect of the MJQ, even though the main thrust of that documentary was really about a venue in the Berkshires during the 50s where the music was all that mattered and students and faculty of all races and cultures felt respected and safe. It just happened to include a short 2- to 3-minute segment about the MJQ. But then I thought, maybe I can put something more substantial together, like a 10- or 20-minute side feature just about the MJQ and their involvement with the School of Jazz.

Well, it turned out that I had a lot more material about the MJQ from just those interviews. Questions that were asked about the Music Inn and the School of Jazz often led to “What did you think of the MJQ?” or “How did John Lewis run the School?” “Why did he choose the people he did?” or “What made Milt Jackson play like he did?” So as I pulled all that material together, going through some 70+ interviews and transcripts, I found that I was able to piece various threads together that were meaningful and somewhat concise. What I didn’t realize was that the 20 minutes I had originally envisioned had turned into a hefty 60+ minutes. Now, as I close in on completion, it’s running at 80 minutes

So yes, my original concept did change…..it’s like composing music….you keep finding other ways to express an idea and suddenly tangents that seemingly come out of nowhere take you into new territory, like a bridge to a tune or a new rhythmic idea. But like all artistic endeavors, one has to consider what to leave out as well. So I hope I have done that to a certain degree without losing the main objective.

PB: What were some of the challenges making a film about the extraordinary musicians of the ground-breaking Modern Jazz Quartet?

GS: Finding enough aural and video testimony from the original members of the quartet. Obviously, back in 2003, we were able to sit down and interview Percy Heath at length so that was critical and timely. We didn’t get the chance to interview the other three members since they had all passed away prior to the filming of “The Music Inn.” So other than Percy’s first-person accounts, I had to scramble a bit and scour the internet for more interview moments either with each of the others or collectively with the group.

Fortunately, YouTube was a valuable source. I guess if I had started this film 20 years ago, it would’ve been that much more difficult to acquire performance footage, let alone radio interviews. On the other hand, John Lewis and Milt Jackson would’ve been still alive…so there’s that flip side to that coin.

PB: You have screened the new film at a high school, a university, and a jazz festival. Does any one experience stand out? How do younger audiences respond to the film?

GS: The first screening was last year at the University of the South’s MJQ Symposium in Sewanee. A small crowd attended, but they were already MJQ cognizant so I think most were in my corner no matter what.

The second screening took place last summer in front of mostly junior high kids at the Litchfield Jazz Camp, so that was a test of sorts. But I think they got it for the most part…here’s a dose of jazz history with an educational element that parallels much of what they are currently dealing with as jazz campers. So they must have noticed that connection. Perhaps they saw themselves mirrored on film by the example of former School of Jazz students like Bob Dorough, Ran Blake, and Perry Robinson, who themselves walked among jazz giants for a couple of weeks of instruction back in the 50s. Ran attended all four summers of the school’s short existence.

The most recent screening was at the Hudson Jazz Festival this past February. I had a very appreciative audience crammed into a small room. It went over well and featured a couple of former students in attendance who gave their first-person testimonials.

Each time I’ve screened the film, I’ve added a little something. I think I’ve got it to a point where I’m happy about what it says.

PB: You are a drummer, composer, and band leader. How would you describe your own music?

GS: I have a hard time describing my music as it continually twists and turns for different reasons at different times. At the moment, most of my artistic concentration has been geared towards the films and less about my own bands. But I’m about to change that and get my group(s) dusted off again… which will hopefully spur on a new set of musical ideas and concepts.

PB: Now we come to the inevitable subject, your father, Gunther Schuller. “The apple never falls far from the tree,” was the observation of one critic reviewing a Schulldogs album with your brother, Ed, on bass. Reviewing the same quartet in live performance, another critic declared, “Schuller’s no chip off the old block….” What do you make of that?

GS: Well, I’ve climbed that tree often…and perhaps shaken many of those apples to see where they land. Obviously, my father is a huge source of inspiration for pretty much everything I do…whether it’s music, film making, research, etc.

My brother and I are the lucky beneficiaries of a generation of Schullers who have made significant strides in the arts in general. So we don’t take that lightly. But I also know that we all make our own decisions on how to apply that which was left behind (those apples for instance), and in the process, hope to find new ways to reach those goals. And by the way, it’s never ending …. 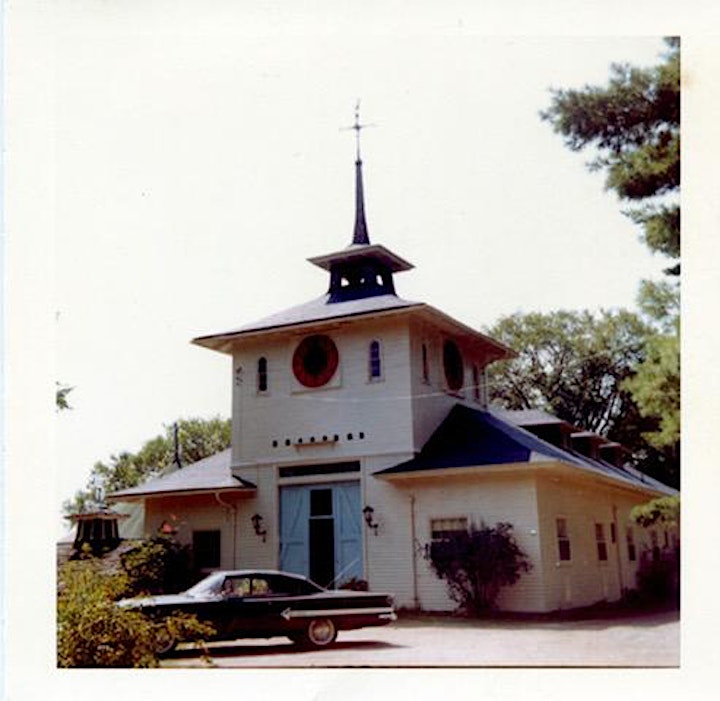